The newly built Amish Sawmill Bridge located at 1358 Dillon Avenue in Fairbank, Iowa was dedicated with a ribbon-cutting ceremony featuring several government, transportation officials, and AT&F personnel on Friday, January 8, 2016. The bridge is the first in the U.S. to be designed with the new press brake-formed tub girder technology, which is constructed with full-width steel plate that has been cold-formed using a press brake and supported by geo-synthetic reinforced soil (GRS). 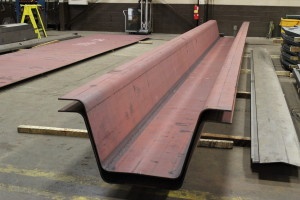 The bridge design was a collaborative effort between the Short Span Steel Bridge Alliance, the Iowa Department of Transportation and Buchanan County. The press brake-formed technology advantages include: 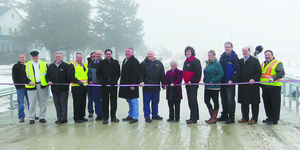 County engineers in other states have expressed interest in using this technology for their new and replacement bridge construction needs.