Home | The History of Welding

The History of Welding

For millennia, metals have been manipulated to man’s wants and needs. But from primitive hammers and anvils to high-tech robotic lasers, man’s methods of manipulation have changed and evolved drastically over time. The impact of advancements in welding has built skyscrapers, automobiles, and even nuclear reactors, but the genesis of welding looked nothing like the advanced technology we have at our disposal today. Paving the way for modern structures and safer machines, welding plays a crucial role in our daily lives.

The beginnings of modern day welding can be traced back as far as the bronze age. Ancient Mesopotamians employed brazing to form gold boxes. Brazing operates at a much lower heat than welding and therefore does not cause fusion, but the principles of metalworking had been laid and soon after, forge welding would come to the foreground. Blacksmiths would pound heated metals together until bonding took place. This method sufficed for many years, and impressive structures, such as the Iron Pillar of Delhi, were created by forge welding. The welding process would not undergo any changes for many years until the invention of the electric arc. 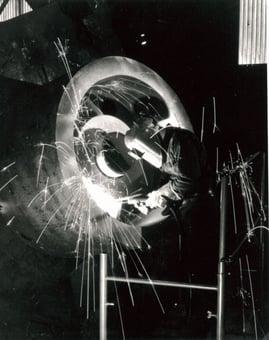 In 1800, Sir Humphry Davy, a British chemist, invented the electricarc by using a carbon electrode attached to a battery. Developments of this invention lengthened the time that the arc could be sustained. Carbon arc welding, developed in 1885, was the first development used for welding. This method of welding creates an arc between a carbon electrode and the workpiece, generating temperatures upwards of 5,000 °F. The carbon electrode was non-consumable and only provided an arc to melt the workpieces, but this invention paved the way for new innovations on arc welding for the future.

One hundred years after the electric arc was invented, A.P. Strohmenger introduced the coated metal electrode in 1900. This coating of lime stabilized the arc and prevented inconsistent welds. In 1907, the process for shielded metal arc welding was finalized. For this method, the coated electrode is consumable and meant to flow into the workpieces. The mix between the workpieces and the filler metal creates a bond that is often stronger than the original strength of the workpieces. The advent of coated and consumable electrodes defined modern welding, with new and technologically advanced methods harkening back to the basic principles of an electric arc, a shielding agent, and a consumable filler metal.

With the advent of consumable metal filler came the automation of the feed. This automation was the basis of MIG welding, developed in 1948. As consumable metals flow into the workpiece, more consumable wire is automatically fed through a gun along with shielding gas to protect the weld from contamination. MIG welding quickly became one of the most popular forms of welding due to the ease of use for welding sheet metal. This translated well to the automobile industry and skyrocketed the popularity of the method.

As automation and robotics took center stage in the manufacturing process , robotic welding moved from science fiction to reality. Welding is considered by many to be an art with varying methods from welder to welder. The advent of robotics turned this notion on its head in the 1980s, when robots were able to consistently produce high quality welds. This removed the problem of human error, minimizing weld defects drastically. Robotic welding is among the many technological advances that welding has benefitted from in the last 30 years. Hybrid laser arc welding has also proven to be a valuable method of welding. Using a laser in conjunction with an electric arc to produce a weld adds the benefit of a smaller heat affected zone and deeper penetration.

Metal-working has come a long way from its primitive forging roots. The invention of the electric arc thrust welding into the modern era and set the stage for future developments in technology. Welding has raised the standard by which metal goods are judged. With greater structural integrity possible than forging, metal became more popular as a resource and unlocked the potential of metal construction. 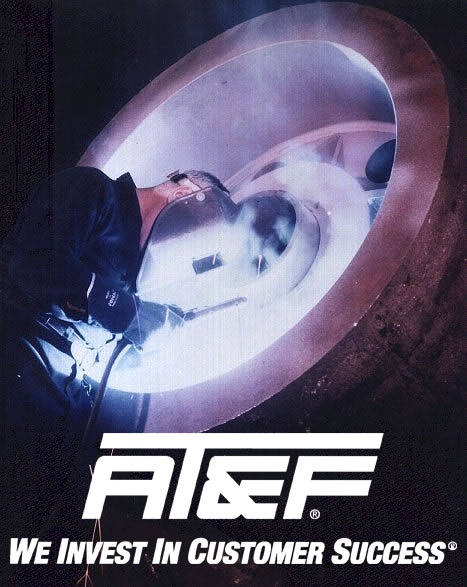 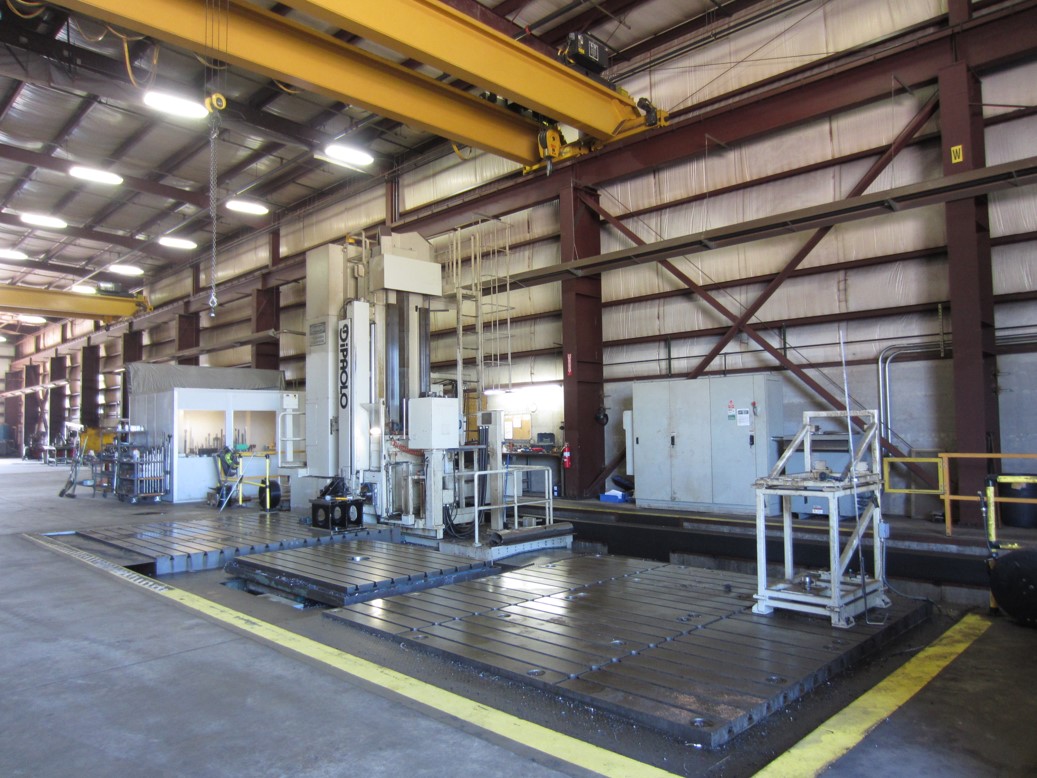